OCC's Response to the Syrian Crisis 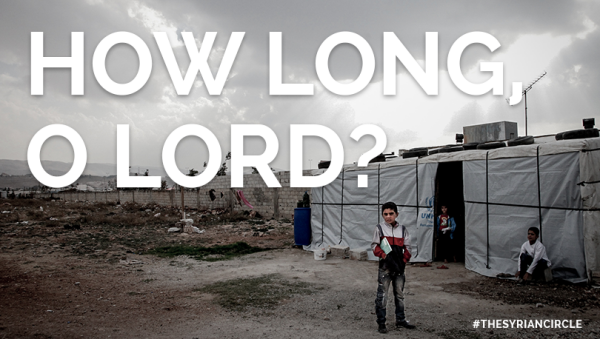 "The conflict has left at least 250,000 people dead n the strategic heart of the Middle East and displace more than 11 million overall, yet there is still no peace process, no discernible solution and no end in sight.  Now, the humanitarian effort is failing, too, ground down by dwindling interest, failing donations and spiraling needs."
~ Antonio Guterres, the U.N. High commissioner for Refugees

This crisis is of such a large scale that governments, unilateral organizations, and communities are overwhelmed. But God is not. In our human nature, we can turn away in despair. With God's help, we can all step into some place of faith to see Him do miraculous things. 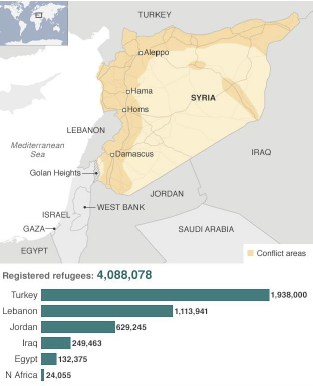 How Overlake is Responding

1.  Urgent Needs - Through some ongoing partners in Iraq, Greece, and Jordan, Overlake has helped fund some immediate relief for shelter, food, and clothing.

2.  Strategy Development - Several of our staff have been working with organizational leaders, prayer groups, and others on the ground in various countries for a greater coordinated response.  We also sent a survey team to assess the needs along the Syrian border with Turkey.

3.  New Project Start in Turkey - We have been building a formal partnership between some OCC sent workers and World Relief to start up the Refugee Family Center. There is very little Christian presence in these locations. The center will provide:

What You Can Do

1.  Pray. It's not futile, it is strategic. Sign up for www.thesyriancircle.com for weekly updates and prayer points. Make a commitment to pray for Syria for the rest of the year.

2.  Give. Consider contributing toward the Refugee Crisis Project by clicking here. Your gifts will fund the work of the center in Turkey, or be used to provide relief through our other partners.

3.  Go on a team.  You can show up and care for people, listen to stories, show love, pray, and provide a moment of relief. Check out teams which are responding to the crisis or email